Today I was saddened to hear about a cycling accident that happened in my neighborhood this weekend. A 53 year old man was struck and killed by a car while riding his bicycle in the bike lane. The car was driven by an 18 year old boy who was smoking synthetic marijuana while driving. And while I didn't know the man who was killed it doesn't stop the fact that this story has triggered feelings in me I didn't expect to feel.

As some of you know, I was also struck by a car while riding my bicycle in the bike lane, although the person who hit me hit me on purpose in order to kidnap me. Because of what happened to me, I was afraid to even get back on a bicycle. It took me 20 years before I summoned enough courage to do it and even then I couldn't bring myself to ride in the bike lane. I have been riding my bike again for almost a year now and when I do, I ride it on the sidewalk. The only exception to that was on April 28, 2012 when I rode my bike in the 1st annual Ride to Reach event, which was inspired by my story. That was the only time I rode in the bike lane and I only did because I was accompanied by the East Side Cycling Club who rode alongside me and made me feel safe. When I hear this story, it reinforces my fear of the bike lane. Cyclists are so vulnerable compared to a car. One second of inattentiveness from a driver is all it takes.


My heart goes out to the family of the man who was killed.


I have feelings of anger toward the driver of the car. I find myself judging him and I have to remind myself not to.

It's not my place to judge.

I have strange feelings of empathy toward him as well because, unfortunately, I can somewhat relate to him. After I was kidnapped, I went through a very dark period of depression that lasted for years. As I mentioned in my book, I abused drugs and alcohol during that time and I made many, many bad choices. I'm not proud to say this, but I drove under the influence many times back then. It's only by God's grace that I didn't hurt anyone. I certainly could have. I can't imagine what this young man will have to live with for the rest of his life.

His bad choice killed someone!

No, I will not judge him. Instead I'll pray for him. And as I ride my bike today...on the sidewalk...I will pass by the spot where this tragic accident happened and I will stop and I will pray. 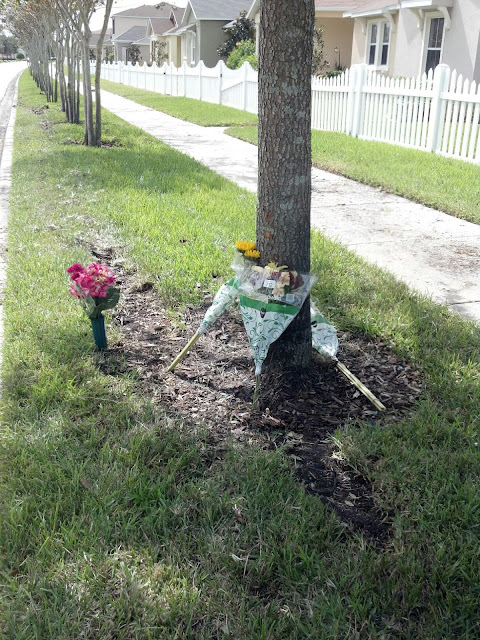 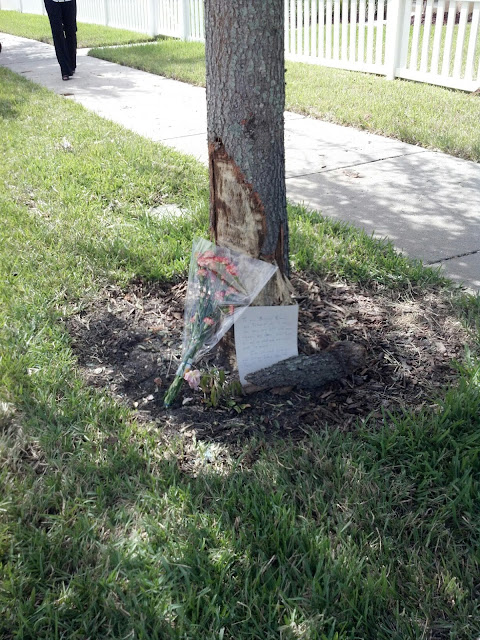